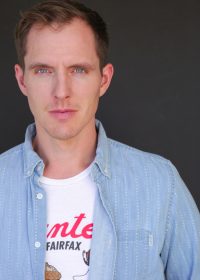 Andy Haynes was born in Seattle, WA where he was raised on a healthy diet of salmon and coffee. Since starting comedy in 2004, he has been seen on Late Nite with Jimmy Fallon, Conan, Comedy Central Presents, the Pete Holmes show, Roast Battle, and Another Period. He now lives in LA where he regularly performs at the Comedy Store and writes for your favorite television shows.