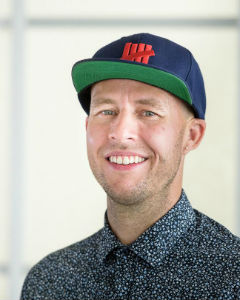 Benny Darsow is an Australian comedian who delivers a playful blend of observational and improvised standup.

Benny hosted the 2018 Sydney Comedy Festival Galas and in both 2017 & 2016 he was nominated for Best Comedy in Perth Fringe World Festival.

Originally from Adelaide, Benny creates a fresh show each year for the Australian festival circuit & follows this by headlining and hosting the top comedy clubs in Australia including The Sydney Comedy Store, Perth’s Comedy Lounge and Brisbane’s Sit Down Comedy Club.

Benny loves visiting Vancouver and is a regular at The Comedy Mix.