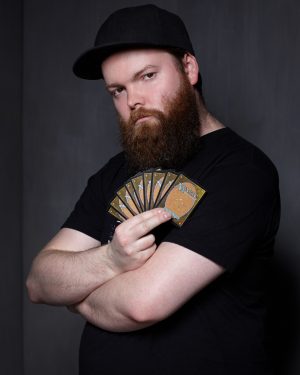 A regular at his home club The Comedy Mix, Kyle has appeared at the Vancouver International Comedy Festival, on XM Sirius Satellite Radio, was twice featured on the T.V. show “Talent Time” (2010 & 2012) and has performed all over the world…of warcraft.

A nerd in a slacker’s body, Kyle captivates audiences with his unique voice, engaging personal stories and hilarious commentary. Kyle continues to make a name for himself throughout Canada with his blend of raw confession and comic observation. He also grows one heck of a moustache (it’s a blessing and a curse).