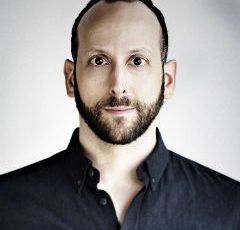 Now based in L.A., Alex Nussbaum has presented himself comedically across the Canadian entertainment landscap‍‍‍e‍‍‍. From his hour-long standup debut on CTV & Comedy Network’s Comedy Now to his follow-up on CBC’s Just for Laughs and Vancouver Comedyfest, through his appearances on Much Music’s popular Video On Trial, Alex is a familiar face, and voice. His debut comedy CD, Absolutely Free!*, continues to run in heavy rotation on SiriusXM throughout the North Americas. He’s also received a Canadian Comedy Award nomination for Best Male Stand-up and was chosen Best Comedy Show of the Year in Toronto’s NOW Magazine.

While performing standup, Alex has also provided numerous character voices for animated programs on Teletoon and the Cartoon Network, most notably over two dozen guest voices on Pink Panther and Pals.

Not new to animation, back in his day-job days, he worked on the drawing side of things – designing characters, props and locations for many shows, including the beloved info-tainment hit, Magic School Bus. He’s also written for a bunch of animated shows that have appeared on the Cartoon Network and around the globe.

Alex also performed his own one man show at the Toronto Fringe Festival, Handbook to the Future: A Brave New Worrier, which won Patrons’ Pick and chosen by Now Magazine as the number one can’t-miss show at the Fringe.

His second album, a number of bits, was released at the North By Northeast Music and Arts Festival and can currently be heard on SiriusXM.

Most recently Alex can be seen on Hulu, playing opposite James Franco in Stephen King’s 11.22.63. Well, partially seen. His face is mostly obscured by a surgical cap and mask – oh, but those eyes… 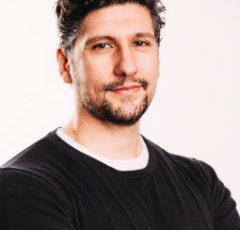 Efthimios is from Toronto, ON. Growing up in a blue collar family and living in a multi-cultural city, gave Efthimios his first influences as a comedian. His comedy gives us a hysterical insight into human nature and tears down many social conventions we take for granted. While using his acerbic wit and charm, he is able to take audiences to places further than they had expected. This summer he will be debuting his one man show ‘Disengaged at the Montreal Fringe Festival to be followed by the Toronto Fringe Festival and Vancouver Fringe Festival He’s also performed at JFL northwest, the Hubcap comedy festival, CBC’s The Winnipeg Comedy Festival and CBC’s LOL. You can hear him on Sirius XM where he’s released his first album ‘Efthimios’. It is available on ITunes.
He currently resides in Vancouver BC. 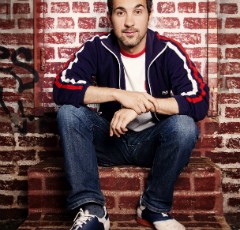 Mark Normand is a favorite of the New York comedy scene. He has a number of credits to get out of the way, so here we go! In 2014, Mark was a semi-finalist on NBC’s Last Comic Standing, premiered his Comedy Central Presents: THE HALF HOUR, and released his debut CD “Still Got It” from Comedy Central Productions (one of Laughspin’s 10 Best Comedy Releases of 2014)! In 2015, Mark has appeared on INSIDE AMY SCHUMER (Comedy Central), HOW TO BE A GROWN UP (TruTV), GOTHAM COMEDY LIVE (AXS), SXSW COMEDY WITH W. KAMAU BELL (Showtime), CONAN (TBS), and will be appearing in the upcoming season of THIS IS NOT HAPPENING (Comedy Central). He also continued to headline clubs and festivals around the country including the 2015 Bonnaroo Music and Arts Festival and SXSW Festival!

Mark has previously appeared on @MIDNIGHT (Comedy Central), INSIDE AMY SCHUMER, CONAN, INSIDE JOKE (MTV Other), JOHN OLIVER’S NEW YORK STAND UP SHOW (Comedy Central). He also won the 2013 Caroline’s March Madness competition, beating out 63 other comedians. This is a shocker for all of us but he was also voted Village Voice’s “Best Comedian of 2013”, I know right? Quit bragging!!!

Mark was born and raised in New Orleans, LA surprisingly to two normal parents. As a kid he spent most of his time shooting short films and wetting the bed. Mark started doing comedy right after college and quickly moved to New York. Mark now does comedy clubs and colleges across the country and has been involved in many festivals including Portland, Seattle, DC, Boston, and was featured as a New Face at the Montreal Comedy Festival, where he recorded a set for Canadian TV. In NYC Mark runs two comedy shows and two podcasts, “Hot Soup” a weekly show, “We’re all Friends Here”, a live show also recorded as a podcast, and “Tuesdays with Stories!”, a podcast from Stand Up NY Labs. 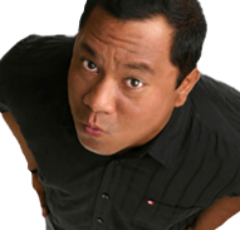 Posted on September 2, 2015 by Mario Cocchia Rex currently travels all over North America, touring cities such as Los Angeles, New York, Seattle, Montreal, Toronto, Vancouver and Hawaii doing his one-man show. In 2004, he brought his act to the peoples of Germany, Austria and Switzerland sharing the bill with renowned Philippine vocalist, Regine Velasquez. He has also had the distinction of becoming the most celebrated stand-up comic to perform to multiple sold-out shows in Manila, Hong Kong, Singapore and Australia since 2002. He regularly returns to Manila which has become fertile ground for his style of stand-up, inspiring the growth of an emerging local stand-up comedy scene. His next plan of attack is to perform in the United Kingdom, where fans eagerly await his arrival.

Navarrete remains to be a one of the hardest working, relatively unknown American comedians today though he’s performed alongside notable national headliners as George Lopez, DL Hughley, Paul Mooney, among others. He does plan to release a number of other comedy albums on CD and DVDs under his label for fans to enjoy. The future seems to only give him the chance to connect with a larger audience that is now finally getting the opportunity to experience the changing face of American stand-up comedy. 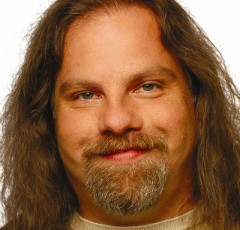 Tim Nutt pushes comedy to explosive new levels and dimensions. He expertly explores the hilarity in everyday life. You’ll delight to his bizarre concepts and twisted viewpoints, all delivered with extra-planetary talent.
Tim is rough and tumble and manic and combines one-liners and crafty storytelling with a smooth familiarity..
A favorite on stages from coast to coast, this 12 year comedy Veteran has brought his unique style to Radio and Television and he is quite proud of his “Comedy Now” special for CTV and the Comedy Network.
“With a name like Nutt, it’s hard to imagine a career outside comedy. This longhair’s brain is trained on everyday observations filtered through a layer of laconic spite. Nutt plays against his looks. At 6-foot-2, with shoulder length hair and a beard, Nutt is every inch the rocker. Crowds expect him to tell gags about biker babes and blowing joints but he is much too intelligent and sophisticated. He’s a one-man-war on stupid people, playing on audiences’ preconceptions.” – Andrew Clark, The Toronto Star . 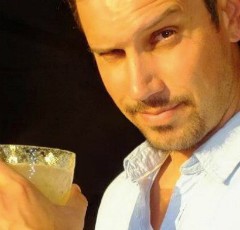 Canadian comedian and writer who has appeared on CTV’s Comedy Now! and won a Canadian Comedy Award and Writers Guild of Canada Award for his work on the CBC political comedy series This Hour Has 22 Minutes