You know Scott Thompson from such groundbreaking television series as Larry Sanders, Hannibal, and the Kids in the Hall where he created such memorable characters as businessman Danny Husk, B movie star Francesca Fiore and of course barfly Buddy Cole. Now he has taken off the wigs, got up off the bar stool and grabbed the microphone. Yes, ladies, gentlemen and otherwise, Scott Thompson is taking on the art of standup comedy. So if you like salacious showbiz stories, hilarious sexual adventures and boundary pushing comedy from an aging enfant terrible, come on down to The Comedy Mix for an evening you won’t forget. 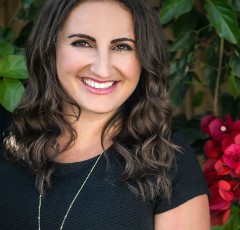 Steph Tolev is a stand up and sketch comedian from Toronto, that currently lives in Los Angeles. Her unique brand of absurd, personal and fairly gross comedy has made her an audience favorite across North America both on stage and on television. As a stand up, Steph has done the prestigious Just For Laughs Comedy Festival in Montreal and featured in her first TV Gala taping this past summer as well being part of the Homegrown competition in 2014. She also taped a TV set for the Halifax Comedy Festival that airs on CBC. This past September she was one of the 42 with her sketch duo Ladystache in the Just For Laughs 42 festival in Toronto. During JFL42 she was also a finalist for Sirius XM Radio’s Next Top Comic competition and featured on Andy Kindler’s Alternative show. She was well-received at the acclaimed Edinburgh Fringe Fest, Bridgetown Comedy Festival, San Fran Sketch Fest, Montreal, Toronto and Vancouver Sketch Fests, as well as. She’s also opened for Rob Delaney, Eugene Mirman, Brent Morin, Kyle Kinane, Kurt Braunohler, Todd Glass and appeared on the international show “Set List.” She won the award for Best Female Stand Up at the Canadian Comedy Awards last year and was nominated for her sketch troupe. She released her first stand up album “Hot N’ Hungry” this January and hit number one on itunes and had amazing reviews from both the Comedy Network and Exclaim Magazine. 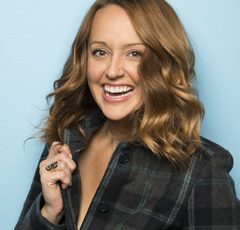 Sarah Tiana has been a “working” comedian/ex-waitress in Los Angeles since 2003. Originally from Calhoun, GA, Sarah’s act emphasizes the thrills of growing up after “The War Of Northern Aggression” and trying to survive in the current battle of the sexes. She doesn’t call herself “single,” (she’s too old for that), she prefers to be called “sexually active.” Recently Sarah was seen as the red carpet host for the Roast of Justin Beiber (Comedy Central), as well as on the Roast-theme @midnight episode. Currently, she can also be seen as a series regular on the Josh Wolf Show.

Sarah’s big break came after she was recognized for her “breakout performance” as Carmen in four episodes of Reno 911!’s 7th season. In 2005 she helped create a sketch comedy company called The Strait Jacket Society as a way to help young actors in Hollywood accelerate their stage time and gain exposure while still having fun (she has currently put over 500 actors through the program). A downright ‘Merican, Sarah has done over 10 tours of comedy for the troops including Germany, Singapore, Afghanistan, Guam, Okinawa, and several Wounded Warrior Facilities.

A trip to Iraq at the beginning of the war is highlighted in the documentary film, “We Love You Mrs. Bevins.” Sarah recently wrote and starred in “The Burn” with Jeffrey Ross for 2 seasons on Comedy Central. She is currently a correspondent on “The Soup Investigates” and was a regular on the “Chelsea Lately” roundtable. An avid sports fan Sarah wrote for the ESPY awards and the Rob Riggle NFL segments on Fox. She can also be seen at The World Famous Comedy Store, Twitter, and numerous unhealthy relationships in and around Los Angeles. She will never be seen in the three pilots she taped last year or be caught dead in the dress she wore on Craig Ferguson (it no longer fits). 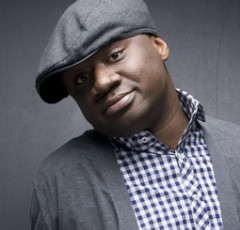 Taboo shattering, searingly honest, and painfully funny, Frankie “TRIXX” Agyemang is one of Canada’s rising comic stars. TRIXX , The 2013 Winner of Just for Laughs’ JFL42 Big Break competition (The Grid TO called “a brilliant set”), has opened for such stars as: Tracy Morgan (30 Rock), Damon Wayans (In Living Color), Cedric the Entertainer (The Original Kings Of Comedy), Mike Epps (The Hangover series), Aries Spears (MADtv), Sugar Sammy (HBO Canada), as well as for his good friend and mentor, Russell Peters.

Trixx has written and performed four sold out theatre shows including his last show, a two-hour solo show , TRIXX: Unspoken Words, was sold out Toronto’s Jane Mallett Theatre. He has also performed internationally including: London, Boston, Jamaica (Jamaica’s International Comedy Festival) and New York City (New York Comedy Festival) where he opened for Russell Peters. In his hometown of Toronto, you can catch Trixx headlining regularly at such top venues as the Canadian International Comedy Fest and Yuk Yuk’s, as well as performing at Kenny Robinson’s Nubian Disciples of Pryor comedy show.

TRIXX has developed a cult following with his no-holds-barred, take-no-prisoners brand of comedy. Mixing boisterous commentary on topics like pop culture, relationships, music, clubbing, and sex, with acute insights on being black in Canada, TRIXX’s streetwise, boundary-pushing humour is unafraid of taking on everyone and everything in his sights.

A talented entertainer, TRIXX got his nickname through his reputation as a prankster while growing-up in Mississauga, Ontario. A former club DJ and MC, TRIXX has been an on-air personality on Toronto’s FLOW 93.5 and was a regular on MuchMusic’s Video On Trial. In 2013, he was honoured for a second time with the Comedy Award from COCA (Canadian Organization of Campus Activities). He was also a finalist in the 2009 Yuk Yuk’s Great Canadian Laugh Off. 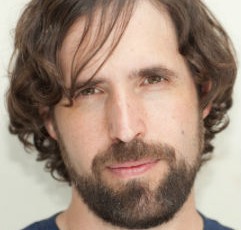 Duncan is a fixture on the LA comedy scene and a regular at the legendary Comedy Store. You may have seen him on Nick Swardson’s Pretend Time playing a pro-meth protestor, or briefly glimpsed his name flying by on the credits to an old episode of MAD TV.

In addition to these credits Duncan is also a recurring guest on the Joe Rogan Experience, and co-hosted the very popular Lavender Hour podcast from 2010 to 2012 with Natasha Leggero.