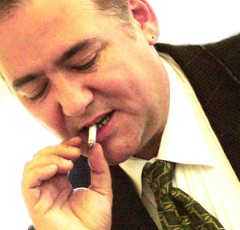 Ron Vaudry, was born 1956, looked around and said, “You can’t be serious!” Never the class clown, but rather making fun of the class clown, Ron found his niche.
Finding the opportunity to perform on stage for the first time in 1979 on labour day weekend in a small club in Montreal for the Jerry Lewis Joke-a-thon.Twelve noon to twelve midnight, all proceeds going to Muscular Dystrophy. “Good deposit in the karma bank!”, he thought. Performing twelve sets that day, the hook was set and he never looked back.

Quickly becoming a forerunner on the Canadian comedy scene. Ron has appeared on numerous television shows in Canada, The United States, and the UK, as well as many of the top Comedy Festivals around the world. An uncompromising master in his field of hard hitting social and political satire, Ron’s reputation as a comic’s comic has not detered audiences from enjoying his unique comedic perspective around the world,
“As hard-boiled and urban as any native New Yorker.” – – The Scotsman

“His rapier wit and existential angst shine through in his act like a dark beacon from hell.” – – NOW Magazine.

“He has about as much vulnerability as a porcupine on amyl nitrate. Vaudry is funny and fun to watch.” – – EYE Weekly.

Intelligent, witty and sardonic, Ron Vaudry is the thinking man’s comedian. A satirical genius teetering precariously at the edge of comedy, Vaudry guides audiences through a series of hilarious, yet thought provoking political and social observations.

A favorite at both the Just For Laughs International Comedy Festival in Montreal and The Edinburgh Comedy Festival in Scotland, Ron has parlayed his standup success into headlining appearances at major comedy clubs on several continents. He is also a favourite at campuses across North America and the world.

His numerous television appearances include CBC’s “COMICS!”, Best of the Fest BBC3, “Comedy @ Club 54”, and “The Late Show” with Arsenio Hall. He has also been featured on several radio programs including CBC’s “Madly Off In All Directions” and “Definitely Not The Opera.”

Ron also plays many of the top comedy clubs and venues internationally.

Cynical, angry and always controversial, Ron is truly a talent to be savored 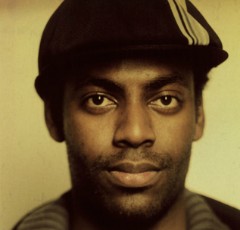 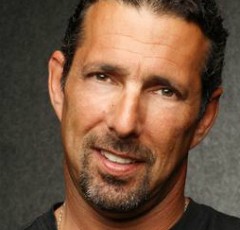 Best known from NBC’s hit reality show “Last Comic Standing,” Rich Vos is one of the most exciting and broadest headlining comedians in the country. Back Stage Magazine says of Vos, “He has an uncanny ‘Everyman’ ability to likeably bond with anyone in the audience…” The excitement of a Rich Vos show stems from his unique, no-holds-barred perspective on relationships, divorce and parenthood. Vos pulls no punches when it comes to comedy. On many occasions, he will deliver some of the quickest crowd banter, leaving audiences not knowing what to expect next.

Vos is a “comic’s comic” who is quick, off-the-cuff and appeals to all types of audiences, best represented by his extensive resume of television and radio appearances. He has two Comedy Central Half-Hour Specials and appeared in two other Comedy Central specials. He was a regular guest on “Tough Crowd with Colin Quinn,” and has been a regular guest on “The Opie and Anthony Show” for the past 10 years. Vos has appeared on HBO, Showtime, Starz, “Jimmy Kimmel Live,” “The Rosie O’Donnell Show,” NBC’s “American Dreams” and “The View.” He is also a regular on the Joy Behar show, made three appearances at the Apollo, four appearances on BET, and was the first white comic to perform on HBO’s “Def Comedy Jam.” He also wrote for the 2005 Oscars, and has appeared on and wrote for many roasts.

Growing up on the wrong side of the tracks, Vos struggled to beat drug and alcohol addictions. He now celebrates his victories on stage with stories about kids, divorce, marriage and recovery. Besides being a proud parent of three beautiful girls, he just celebrated 25 years, clean and sober.

His strength as a live performer comes from years of headlining clubs across the country and performing shows for colleges, corporations and charities. He is inundated with letters of thanks and gratitude for the good work he has done. When he is not on the road, he can be seen regularly at Caroline’s and The Comedy Cellar as well as other clubs all over New York City, which he calls home. 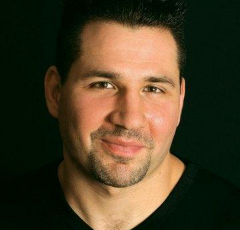 Michael Vecchione was born in Youngstown, Ohio and graduated High School in Boca Raton, Florida…. He played football and placed second in the 1991 AAA state wrestling tournament…He attended Pennsylvania State University where he earned a bachelors degree in Criminal Justice and went on to receive a Master’s degree in Special Education from Cabrini College in Pennsylvania. Mike has worked as a counselor and Special Education teacher in the Philadelphia area.

At the end of 2003, Michael moved to New York City. He has appeared on Comedy Centrals Live at Gotham, Comedy Centrals Fresh Face Debates, and Russell Simmons Presents: Stand Up at the El Rey Theatre. Michael also had a guest appearance on the IFC hit show Z Rock.

In 2010, Mike won the People’s Choice Award for the New York Comedy Festival, was a semi-finalist on NBC’s Last Comic Standing, and was selected to perform at the prestigious Montreal Comedy Festival (New Faces). Later that year, Mike went on to perform on the Tonight Show starring Jay Leno and shot his own Half Hour Special for Comedy Central.

Michael headlines across the United States and is based in New York City.